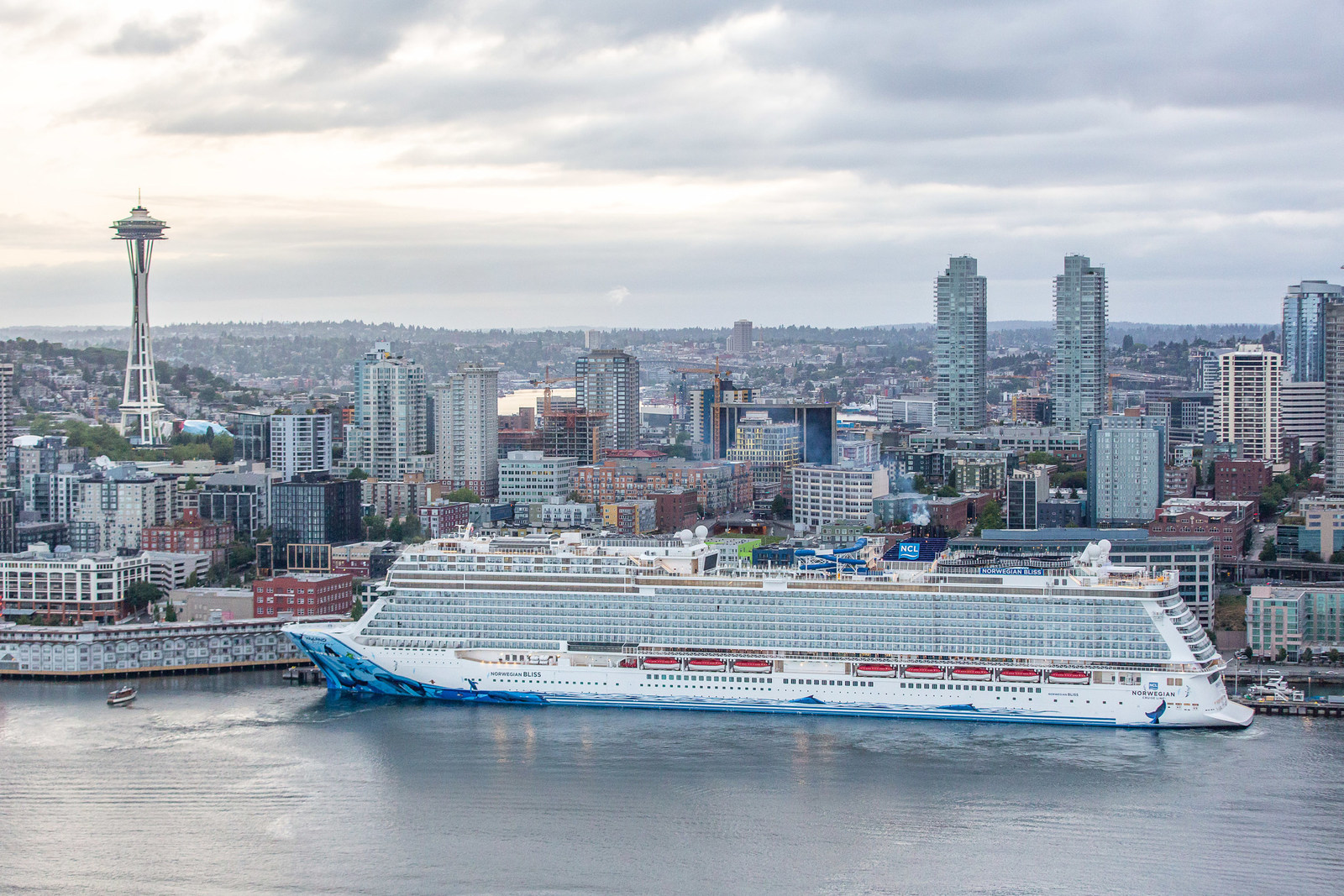 Norwegian Cruise Lines launched the Norwegian Bliss in April 2018 and had its christening ceremony on May 30, in Seattle. Ranked amongst the 10 largest cruise vessels in the world, the Bliss is now cruising between Seattle and Alaska on 7-day cruises. Weighing in at a whopping 168,000 gross tons and over 1,000 feet in length, this ship makes a statement as it heads out of the cruise terminal at Pier 66 in downtown Seattle.

Some of the interesting facts and statistics on the Norwegian Bliss 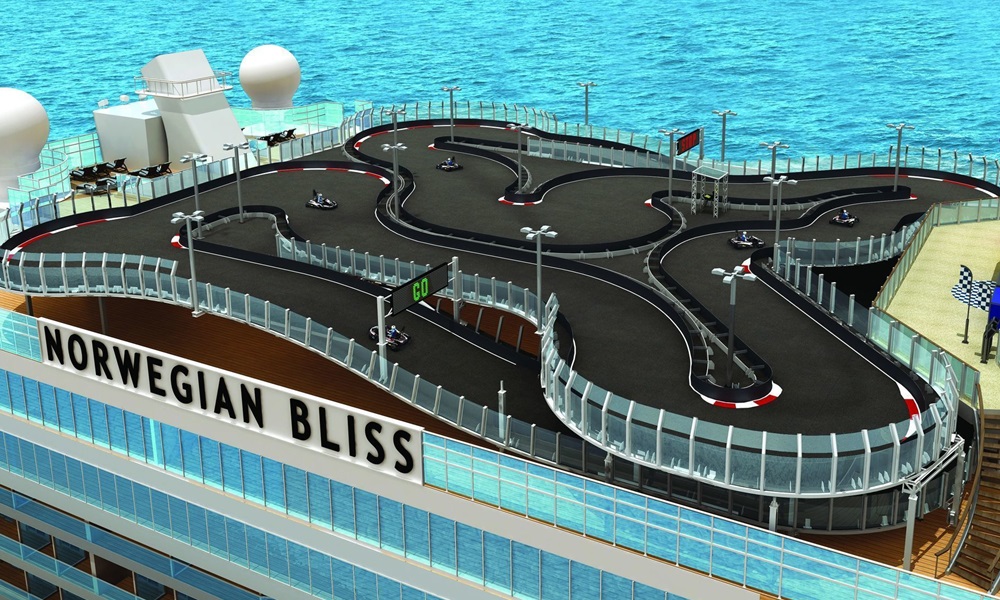 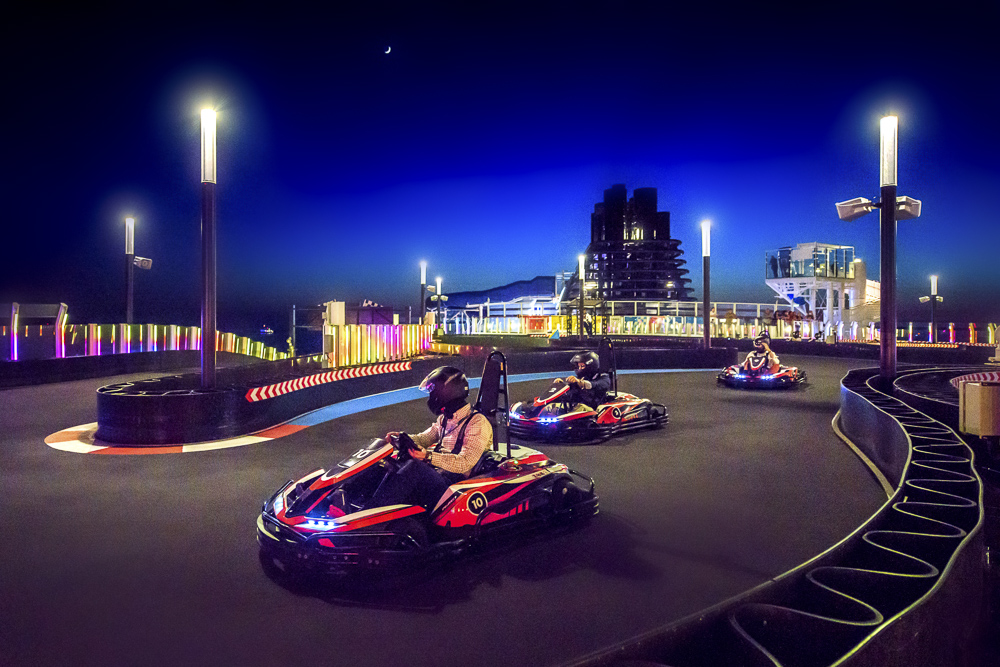 The track spans two levels and has a capacity of 10 racers at a time in electric go-carts which can reach speeds up to 40 mph. 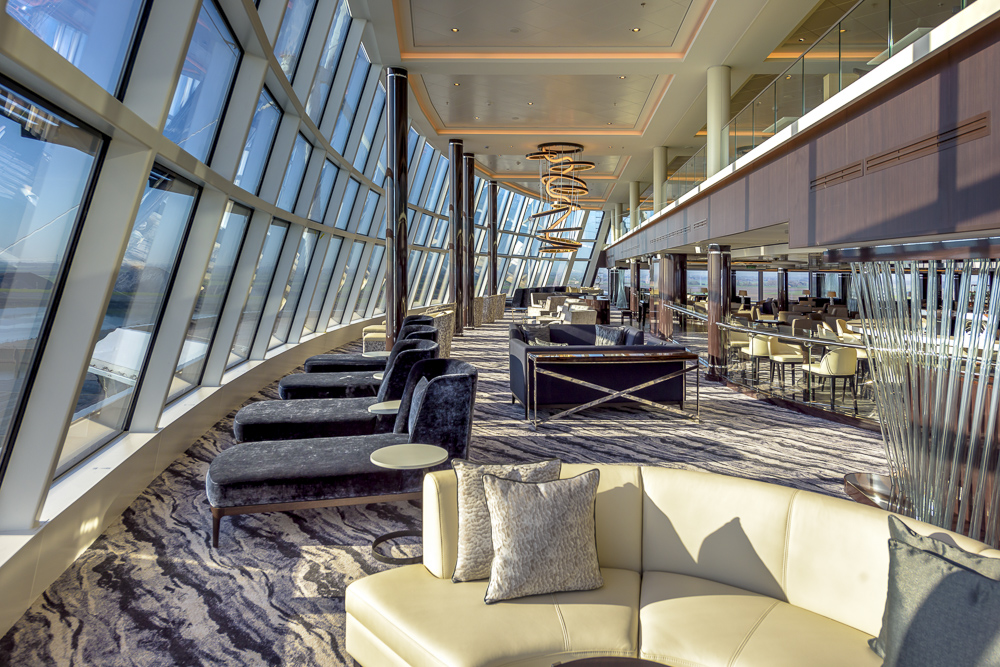 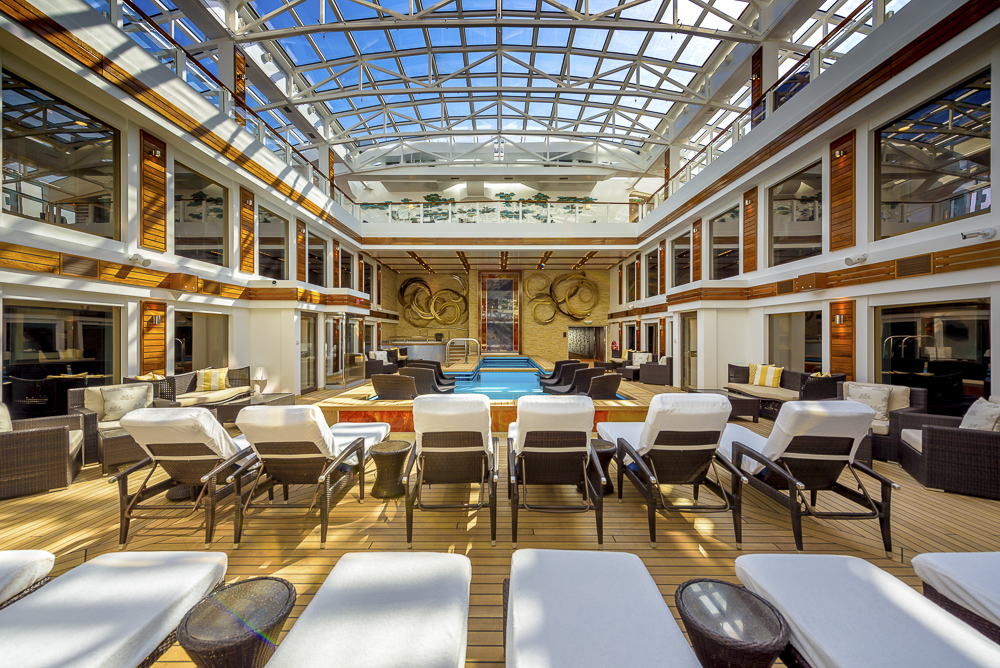 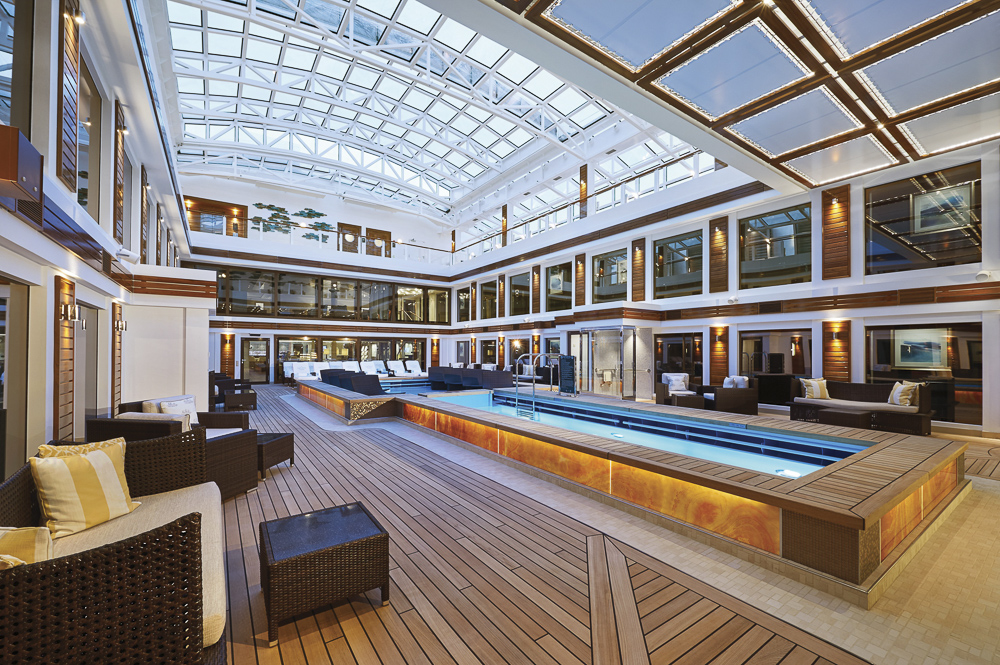 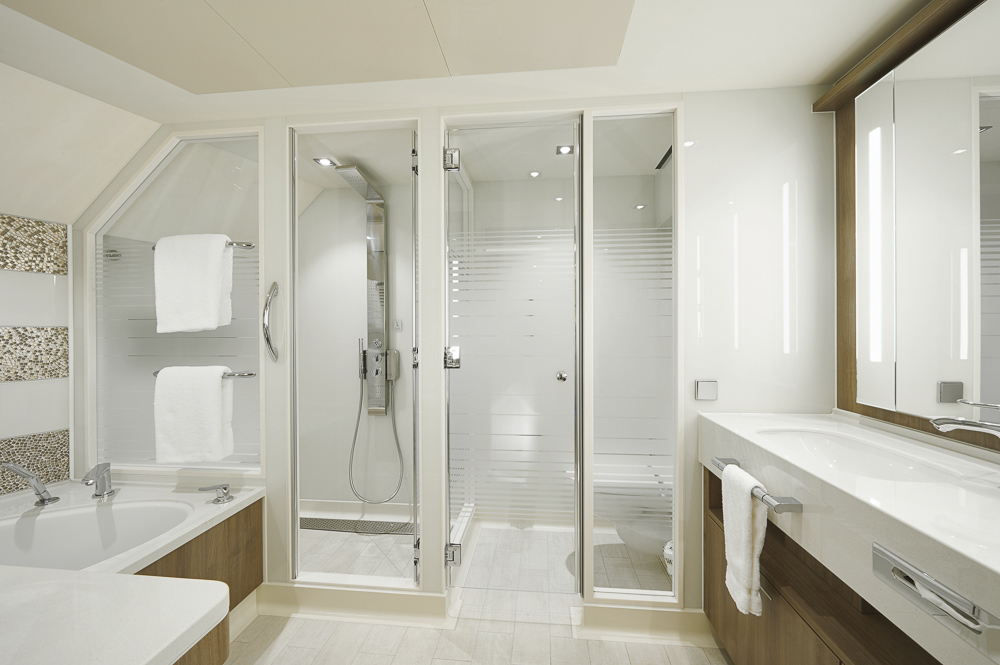 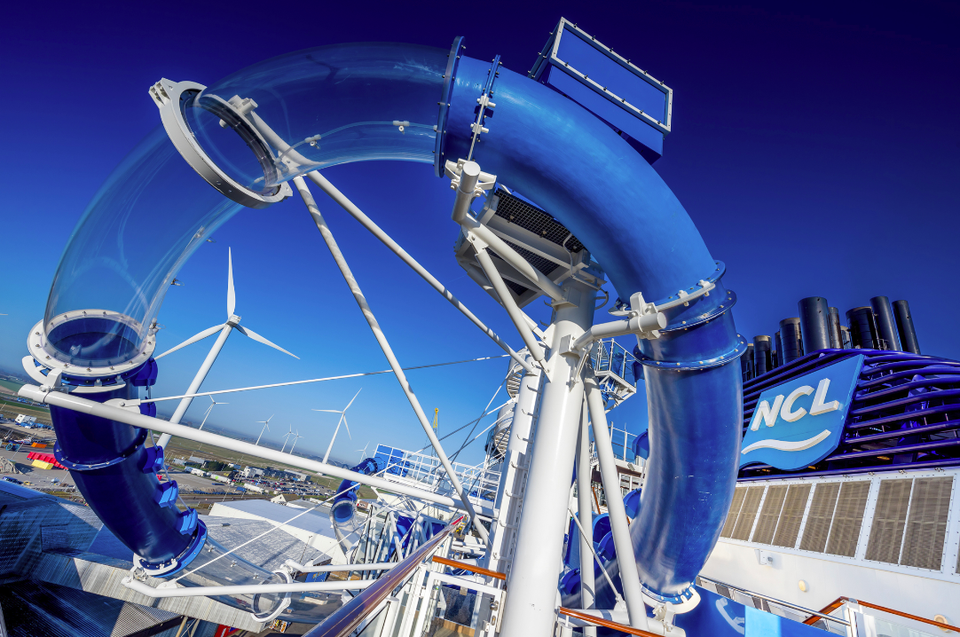 The ship’s Aqua Park also includes two multi-story waterslides. Not for the faint of heart, the high-speed Ocean Loops free fall slide includes two exhilarating loops, one that extends out over the side of the ship and a second see-through loop that stretches down to the deck below, sure to offer a wet and wild ride. The tandem Aqua Racer slide allows guests to race side-by-side on inner tubes for more than 360 feet, with a translucent section that provides stunning ocean views as guests twist and turn to the finish line.

Junior cruisers can splish, splash and have a blast at the Kids’ Aqua Park, a watery wonderland of splash pads, water cannons, tipping buckets and slides.

And of Course, There is a Starbucks 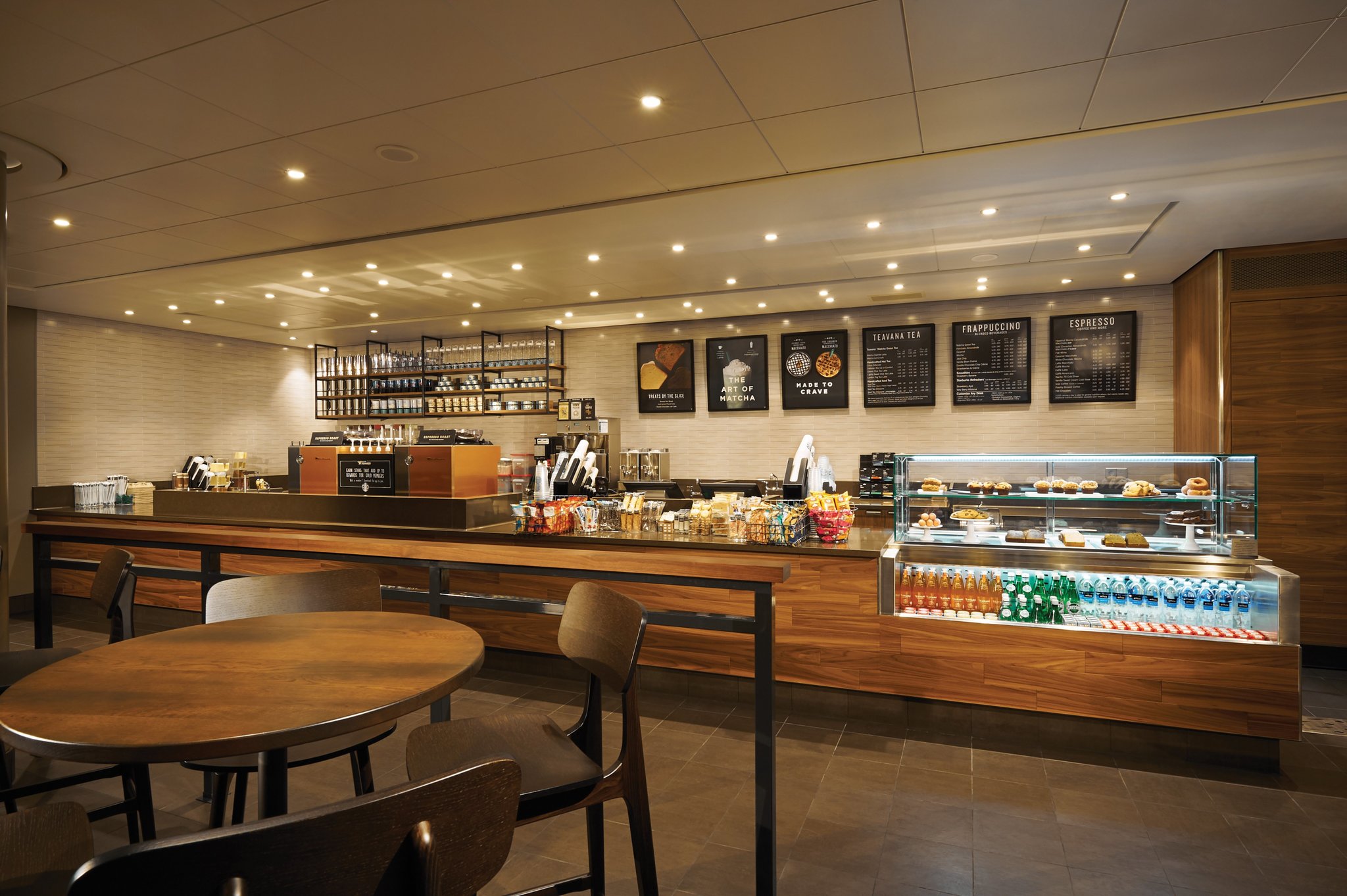 In a nod to the ship’s homeport of Seattle, guests aboard Norwegian Bliss can warm up for their glacier walk with a Caramel Macchiato or grab a Teavana® Shaken Iced Green Tea Lemonade to sip on while lounging on a pristine Caribbean beach with a full service Starbucks® store on board. Guests can start their day with Starbucks® coffees, teas and bites available à la carte.

This entry was posted in Seattle Info and tagged alaska, cruise. Bookmark the permalink.