A Photographic Journey to Edison, WA 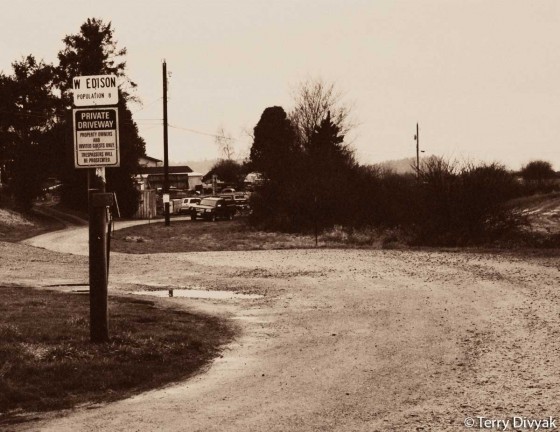 Tucked into the northern part of the Skagit Valley is a small town named after a famous inventor, Thomas Edison. One morning in January we took a trip to the Skagit Valley to check on the Snowgeese population, but instead were surprised by something else all together, the largest population of American Bald Eagles we had ever seen. We lost count after 40 Eagles and every tall tree and field we came across, Eagles were everywhere in the valley. 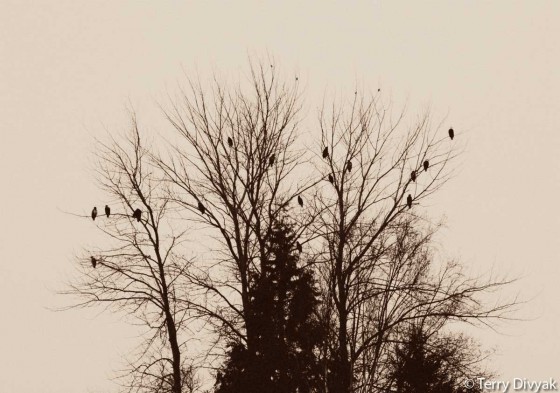 The tree above, we saw 16 Bald Eagles, most of which were juveniles as their heads had not turned the majestic white color that we are all familiar with. 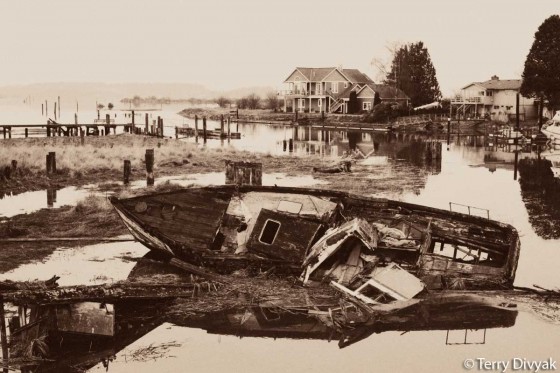 This tree was just west of the bridge that has an old sunken wood boat, listing to the side in a slough, with houseboats located along the shores. 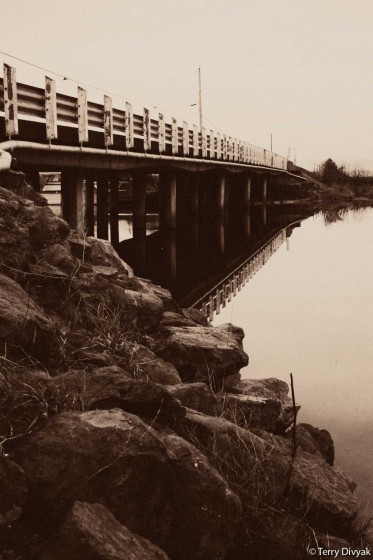 The boat is easily photographed from the bridge on Bayview Edison Road, just to the west of Edison. Parking is to the East of the bridge, though as the sign says above, the driveway is a private road. 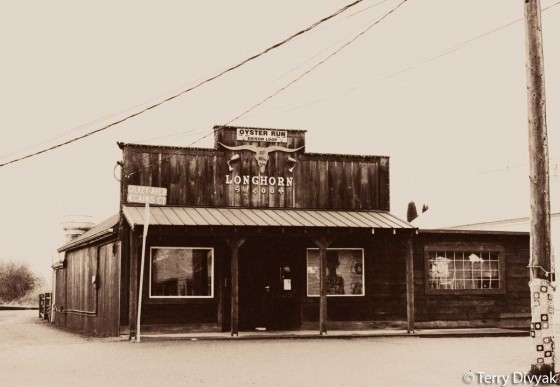 Edison has just a few buildings, but these all have such great character that we had to stop and check out the photo opportunities. My favorite building was probably the Longhorn Saloon above. Who hasn’t heard this name used in old Westerns, but here was right in little ole Skagit Valley. We didn’t stop for food, but web descriptions range from “A Cajun seafood stew to die for and the prettiest waitresses in the Valley” to ” I had to go home and drink liquid Drano to get the grease off the walls of my insides. Place is good for a beer and tiny hot wings.” 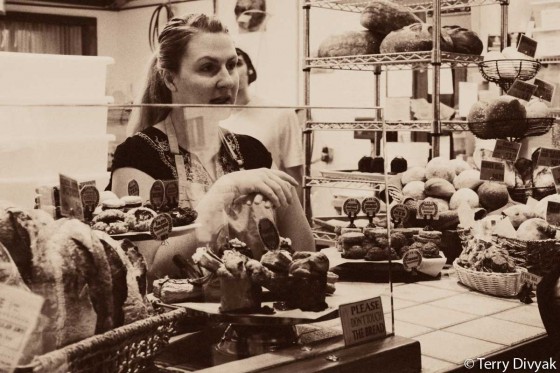 Next up we checked out the “BreadFarm Bakery“, we had heard about this place before and this bakery rivals any top bakery in Washington. Even rates up there with one of our favorite bakeries at the Pike Place Market, La Panier. They are an artisan bakery and  “Using old fashioned techniques, our loaves are natural leavened to ensure moistness and flavor.  You will find our bread to be light in texture and full of the best ingredients.” They endorse sustainable agricultural practices, and shun products full of  harmful chemicals and pesticides and no additives or preservatives are used in their bread. The bakery alone is worthy the drive out there.

The town is very small, so we spent about 20 minutes getting our additional photos and were surprised to see a quote by Edward R. Murrow on the side of a building. Seems he grew up in Edison and was immortalized on the side of a store.

Edison is almost a one horse town with a population of 133 and 52 households and was once the center of a socialistic “Equality Colony”, The Brotherhood of the Co-operative Commonwealth. Founded in Edison in 1897, the colony was meant to serve as a model which would convert the rest of Washington and later the entire United States to socialism. 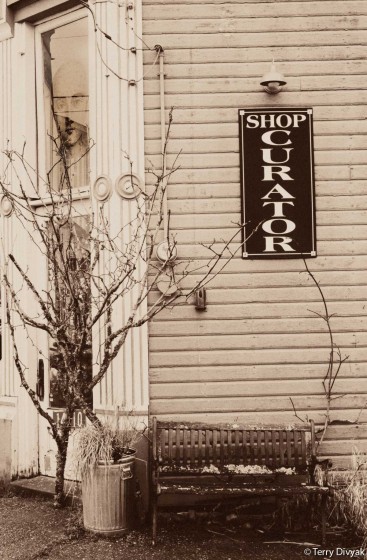 The colony flourished for a few years, building two large apartments, a barn, a dining room and kitchen, a school house, a public hall, a store room, a printing office, a saw mill, a root house, a blacksmith and copper shop, an apiary, a bakery, a cereal and coffee house, and a milk house. But by 1903 only less than 100 diehards remained as many of the members moved to found a new community on Whidbey Island called the Free Land Association, or Freeland, Washington. 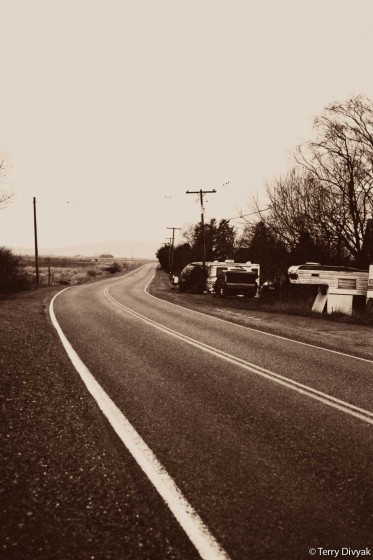 Next we just took whatever road felt of interest and with many curves and waterways, there were many times to stop to get photos of more Eagles and the multitude of Great Blue Heron that seem to be everywhere. 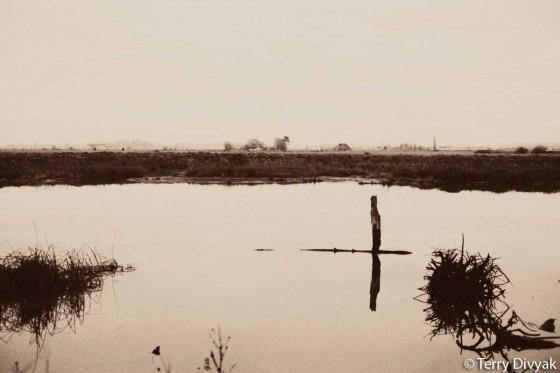 Samish Island is close by and one of our favorite places to stop is Blau Oyster, where you can pick up a sack of fresh oysters to take home. These are some of the best oysters you will find anywhere. Just take Bayview Edison Road, until it meets Samish Island Road and follow the signs to Blau Oyster. 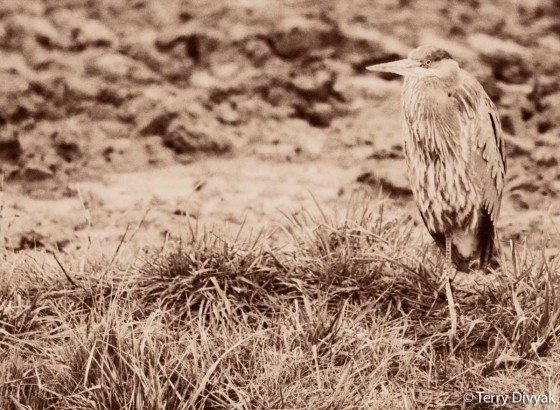 Great Blue Heron were easily accessible for photos as they hang out around the drainage ditches.

To get to Edison from Seattle, take Bow Hill Road at Exit 236 and turn left off the freeway and head west.

One Response to A Photographic Journey to Edison, WA